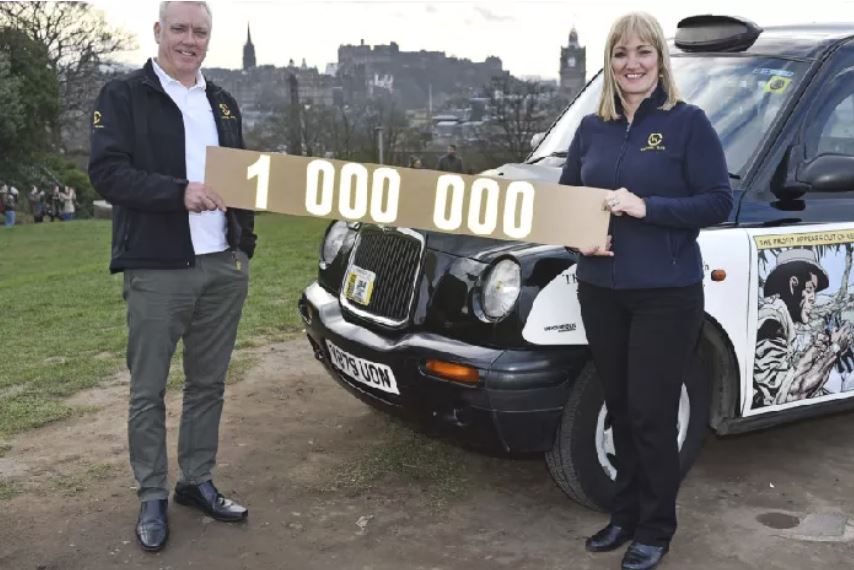 A PROUD Central Taxis driver has praised his car’s astronomical effort as it closes in on one million miles – the equivalent to the moon and back, twice. Albert Smith snapped up the Coventry-built LTI TX1 in 2001 expecting it to serve him well for three or four years.

But nearly two decades later and the £23,500 motor is still going strong on the city’s streets. “I never expected it to last this long,” said Albert, 57, from Tranent. “It’s incredible really.”

Stars shuttled around town in the back of Albert’s cab include comedian Sir Billy Connolly and The Man from U.N.C.L.E star Robert Vaughn. 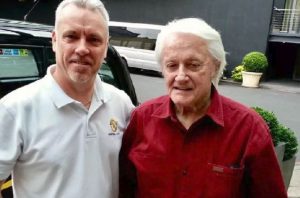 “Robert Vaughn was doing a Q&A at the festival and I picked up him and his wife and took them to the Sheraton. “She was chattier than him but he was probably all talked out after his show. It was four of five years ago and he must’ve been in his 80s at the time so unbelievable to be still doing shows.”

A cabbie for 32 years, Albert, who shares the car with fellow driver and wife Julie, has no plans on retirement, hoping to notch up another ten years at least.

But his TX1’s days look finally numbered as he looks to trade her in for a more eco-friendly model.

“I’ll change it this year because of the council’s emissions targets. Every day is different. “Obviously you’re going to the same areas but every picture you see is different – I think that’s what keeps you going, the variety.”

Tony Kenmuir, chairman of the Central Taxis cooperative that Albert drives for said “He’s a credit to the company and so is his taxi.” “Every year he takes it to the Taxi Examination Centre and it’ll look like he’s driving it out of the dealers. It’s a complete test, not just like an MOT – if you’ve got a tear in the sea you’ll fail”.

“It’ll be tests every year and serviced every other month to make sure it’s fit for purpose. Obviously we do miles and miles and there’s a saying in the trade that a cab isn’t run in until it’s done a couple of hundred thousand miles – but this is exceptional.”